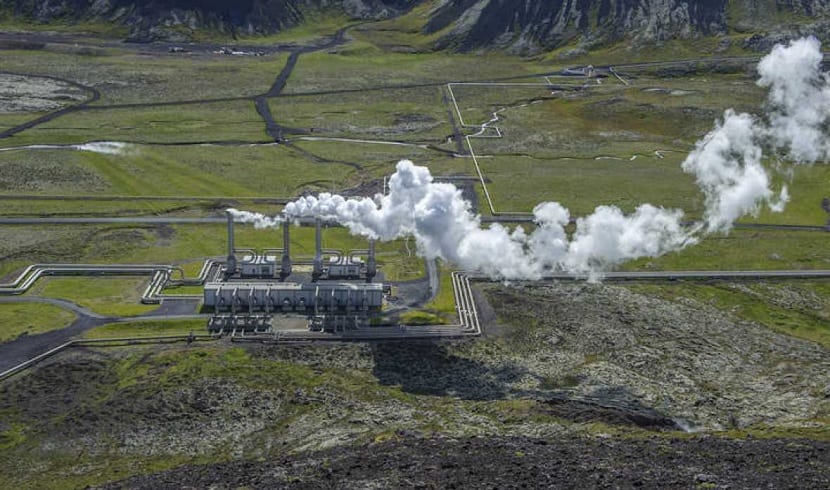 Geothermal energy is a type of renewable energy that is capable of harnessing the heat from the Earth's subsoil to heat buildings and obtain hot water in a more ecological way. It is one of the lesser known renewable sources, but its results are very remarkable. 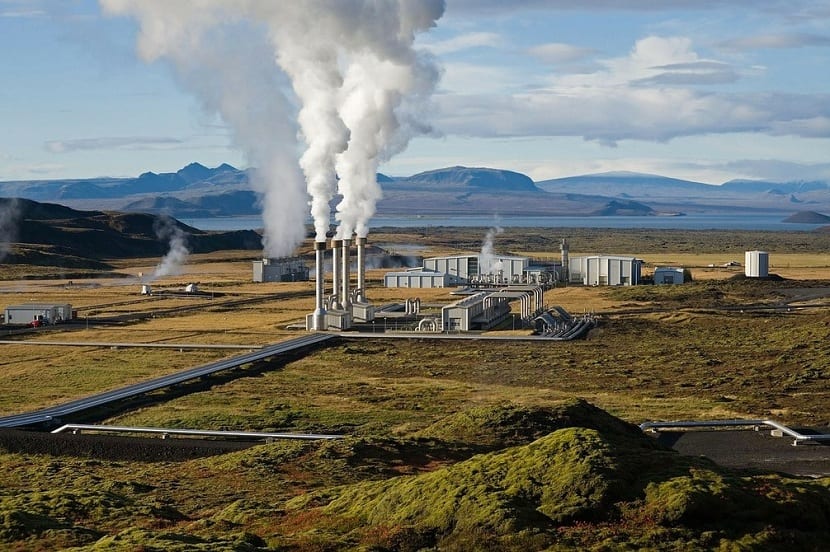 A geothermal power plant is a facility where heat is extracted from the Earth to generate renewable energy. Carbon dioxide emissions into the atmosphere from the generation of this type of energy is about 45 g on average. This accounts for less than 5% of emissions corresponding in fossil fuel burning plants, so it can be considered clean energy.

The largest producers of geothermal energy in the world are the United States, the Philippines and Indonesia. It must be taken into account that geothermal energy, although renewable, is a limited energy. It is limited, not because the Earth's heat is going to be used up (far from it), but it can only be extracted in a viable way in some parts of the planet where the terrestrial thermal activity is more powerful. It is about those "hot spots" where more energy can be extracted per unit area.

Since the knowledge about geothermal energy is not very advanced, the Geothermal Energy Association estimates that it is only being harnessed currently 6,5% of the world potential of this energy. 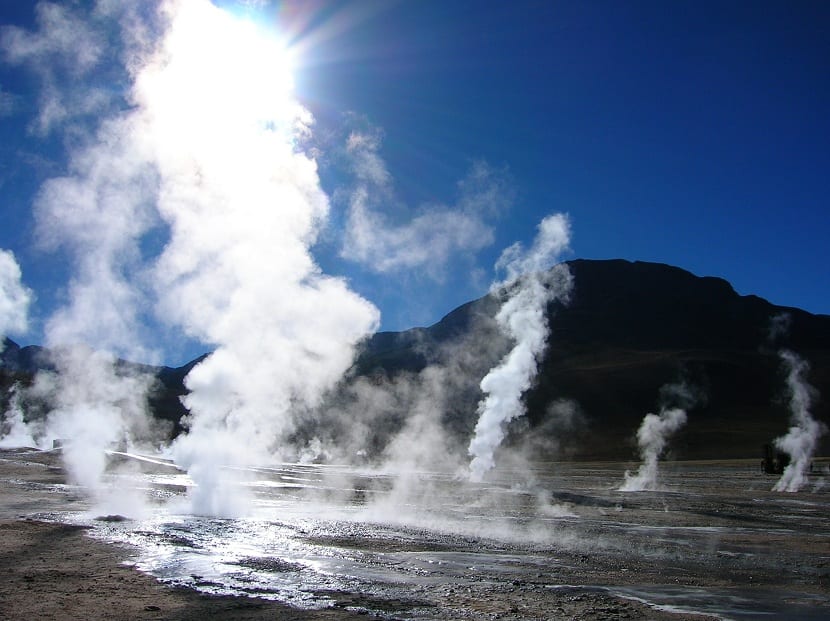 Since the earth's crust acts as an insulating layer, in order to obtain geothermal energy, the earth must be pierced with pipes, magma or water. This allows the emission of the interior and its capture through the geothermal power plants.

Geothermal electricity generation requires high temperatures that can only come from the deepest parts of the earth. In order not to lose heat during transport to the plant, magmatic conduits, hot springs areas, hydrothermal circulation, water wells or a combination of all of them must be built.

The amount of resources available from this type of energy it increases with the depth to which it is drilled and the proximity to the edges of the plates. In these places the geothermal activity is greater, so there is more useable heat.

How does a geothermal power plant work?

The operation of a geothermal power plant is based on a rather complex operation that works in a field-plant system. That is, energy is extracted from the interior of the Earth and carried to the plant where the electricity is generated. 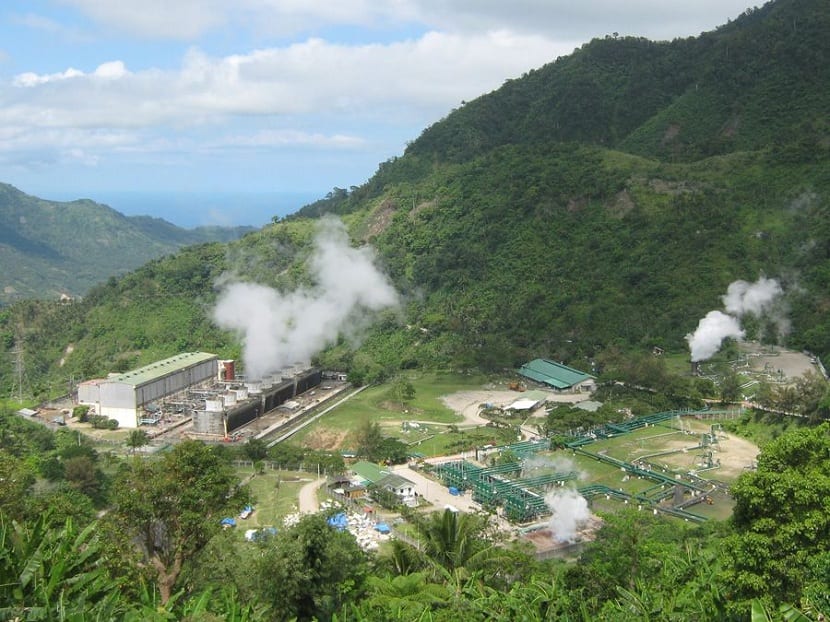 The geothermal field where you work corresponds to the land area with a higher geothermal gradient than normal. That is, a greater increase in temperature at depth. This area with a higher geothermal gradient is normally due to the existence of an aquifer confined with hot water and which is stored and limited by an impermeable layer that conserves all the heat and pressure. This is known as a geothermal reservoir and it is from here where that heat is extracted to generate electricity.

Geothermal heat extraction wells that connect to the power plant are located in these geothermal fields. The steam is extracted through a network of pipes and is conducted to the plant where the heat energy of the steam is converted into mechanical energy and subsequently into electrical energy.

The extracted steam is conducted to the plant and activates a turbine whose rotor rotates at approximately 3 revolutions per minute, which in turn activates the generator, where the friction with the electromagnetic field transforms mechanical energy into electrical energy. 13800 volts come out from the generator which when transferred to the transformers, they are converted to 115000 volts. This energy is introduced in the high power lines to be sent to the substations and from there to the rest of homes, factories, schools and hospitals.

The geothermal steam is re-condensed and reinjected into the subsoil after turning the turbine. This process allows the water to be heated again in the geothermal reservoir and makes it a renewable energy extraction, since when it is reheated it will turn into steam and turn the turbine again. For all this, it can be said that geothermal energy it is a clean, cyclical, renewable and sustainable energy, since with the reinjection the resource with which the energy is generated is recharged. If the separated water and the condensed steam were not reinjected into the geothermal reservoir, it would not be considered a renewable energy, since, once the resource was exhausted, no more steam could be extracted.

There are three types of geothermal power plants. 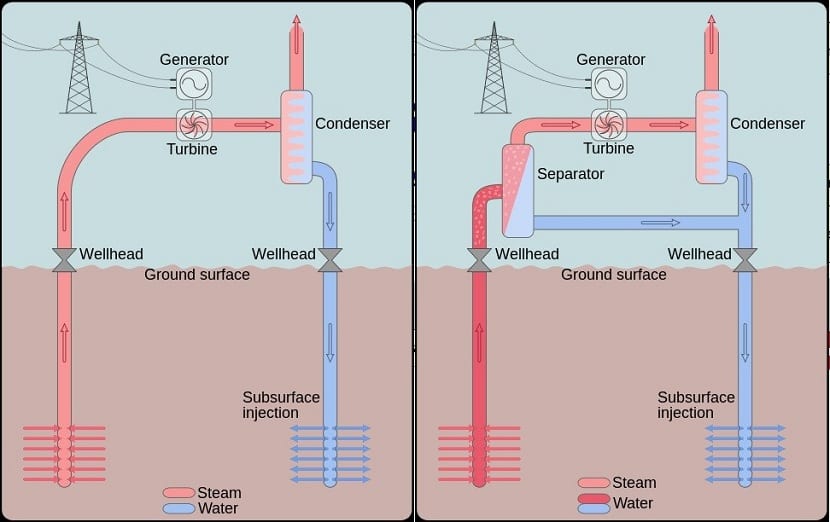 These panels have a simpler and older design. They are those that use steam directly at a temperature of about 150 degrees or more to drive the turbine and generate electricity. 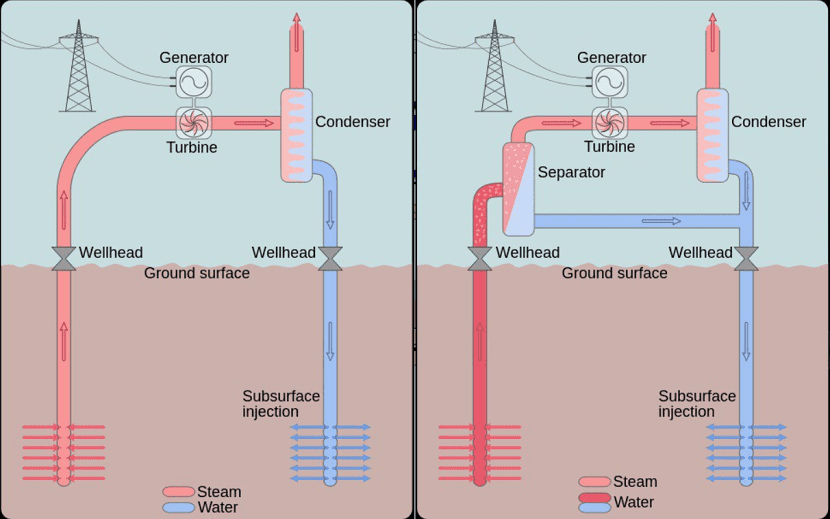 These plants work by raising high pressure hot water through wells and introducing it into low pressure tanks. When the pressure is lowered, part of the water vaporizes and separates from the liquid to drive the turbine. As in the other occasions, the excess liquid water and the condensed steam is returned to the reservoir. 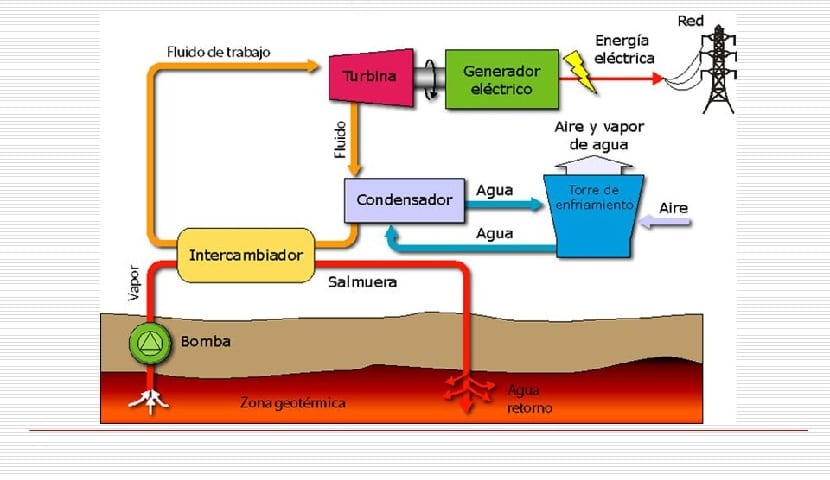 These are the most modern and can operate at fluid temperatures only 57 degrees. The water is only moderately hot and is passed alongside another fluid that has a much lower boiling point than water. In this way, when it comes into contact with water, even at a temperature of only 57 degrees, it vaporizes and can be used to move the turbines.

With this information, surely there are no doubts about the operation of a geothermal power plant.

How does thermal heating work? We tell you:

Full path to article: Green Renewables » Renewable Energy » What is and how does a geothermal power plant work?