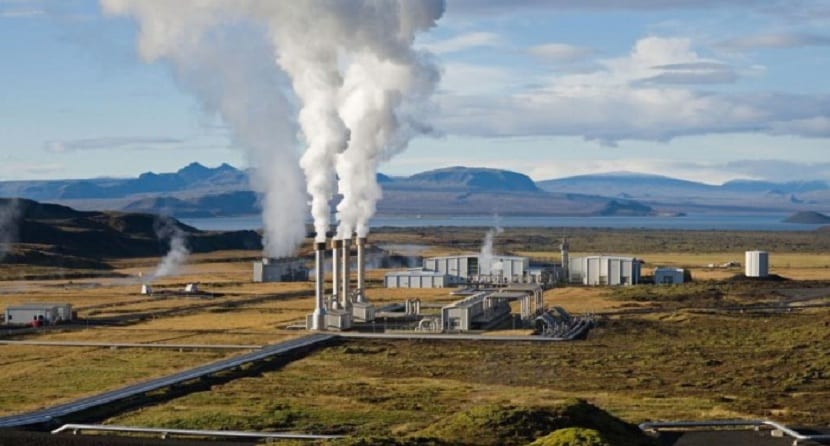 The world of renewable energies is becoming more and more hollow in international markets due to its high competitiveness and increasingly more efficiency. There are different types of renewable energies (as I think we all know) but it is true that within renewable energies, we find some more "famous", such as solar and wind energy, and others less known such as geothermal energy and biomass.

In this post I am going to talk about everything related to geothermal energy. Since what it is, how it works and its advantages and disadvantages in the world of renewable energy.

What is geothermal energy?

Geothermal energy is a type of renewable energy that is based on in the use of the heat that exists in the subsoil of our planet. That is, use the heat of the inner layers of the Earth and with it generates energy. Renewable energies normally use external elements such as water, air and sunlight. However, geothermal energy is the only one that escapes this external norm. 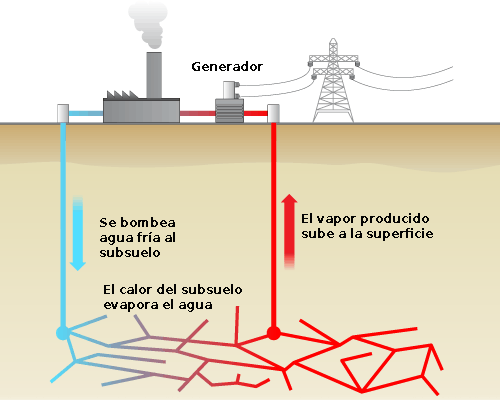 You see, there is a temperature gradient deep beneath the ground we step on. That is, the temperature of the Earth will increase as we descend and get closer to the Earth's core. It is true that the deepest soundings that humans have been able to reach do not exceed 12 km in depth, but we do know that the thermal gradient increases the temperature of the ground between 2 ° C and 4 ° C for every 100 meters that we descend. There are various areas of the planet where this gradient is much greater and it is due to the fact that the earth's crust is thinner at that point. Therefore, the innermost layers of the Earth (such as the mantle, which is hotter) are closer to the Earth's surface and provide more heat.

Well, that said that sounds great, but where and how is geothermal energy extracted?

As I have mentioned before, there are areas of the planet where the thermal gradient in depth is more pronounced than the rest of the places. This causes that the energy efficiency and the generation of energy through the internal heat of the Earth are much higher.

In order to extract energy from geothermal reservoirs, it is first necessary to conduct a viable market study as the cost of drilling grows enormously with depth. That is, as we drill deeper into the effort to extract heat to the surface is increased.

Among the types of geological deposits we find three: hot water, dry and geysers

There are two types of hot water reservoirs: those of source and underground. The former can be used as thermal baths, mixing them a little with cold water to be able to bathe in them, but they have the problem of their low flow rates.

On the other hand, we have underground aquifers that are reservoirs of waters that are at very high temperatures and at shallow depth. This type of water can be used to be able to extract its internal heat. We can circulate the hot water through pumps to take advantage of its heat.

How is the exploitation of hot water reservoirs carried out? In order to take advantage of the energy of the thermal water, the exploitation must be done with an even number of wells, in such a way that for every two wells thermal water is obtained and it is returned by injection to the aquifer after having cooled down. This type of exploitation is characterized por an almost infinite duration in time since the probabilities of exhausting that thermal reservoir are almost nil, since the water is injected back into the aquifer. The water maintains a constant flow and the amount of water does not change, so we do not deplete the existing water in the aquifer, but we use its calorific power for heating and others. It also has a great advantage in that we see that there is no type of contamination since the closed water circuit does not allow any leakage.

Depending on the temperature at which we find the water in the reservoir, the geothermal energy extracted will have different functions:

We find waters with temperatures of up to 400 ° C and steam is produced on the surface. By means of a turbine and an alternator, electrical energy can be generated and distributed to cities through networks.

This thermal water is found in aquifers with lower temperature, which, at most they reach 150 ° C. That is why the conversion of water vapor to electricity is done with a lower efficiency and must be exploited by means of a volatile fluid.

These deposits have water at about 70 ° C so its heat comes solely from the geothermal gradient.

We find waters whose temperatures maximum reach 50 ° C. The geothermal energy that can be obtained through this type of water helps us to cover some domestic needs such as home heating.

Dry reservoirs are areas where the rock is dry and very hot. In this type of deposits there are no fluids that carry geothermal energy or any type of permeable material. It is the specialists who introduce these types of factors to be able to transmit the heat. These deposits have a lower yield and a higher production cost.

How do we extract geothermal energy from these fields? In order to have an adequate performance and obtain economic benefit, an area under the ground is needed that is not too deep (since operating costs increase significantly as depth increases) and that has dry materials or stones but at very high temperatures. The earth is drilled to reach these materials and water is injected into the drilling. When that water is injected, another hole is made through which we remove the hot water to take advantage of its energy.

The disadvantage of this type of deposits is that the technology and materials to carry out this practice still are economically unviable, so work is being done on its development and improvement.

Geysers are hot springs that naturally spew plumes of steam and hot water. There are very few on the planet. Due to their sensitivity, geysers are found in environments where their respect and care must be high so as not to cause their performance to deteriorate. 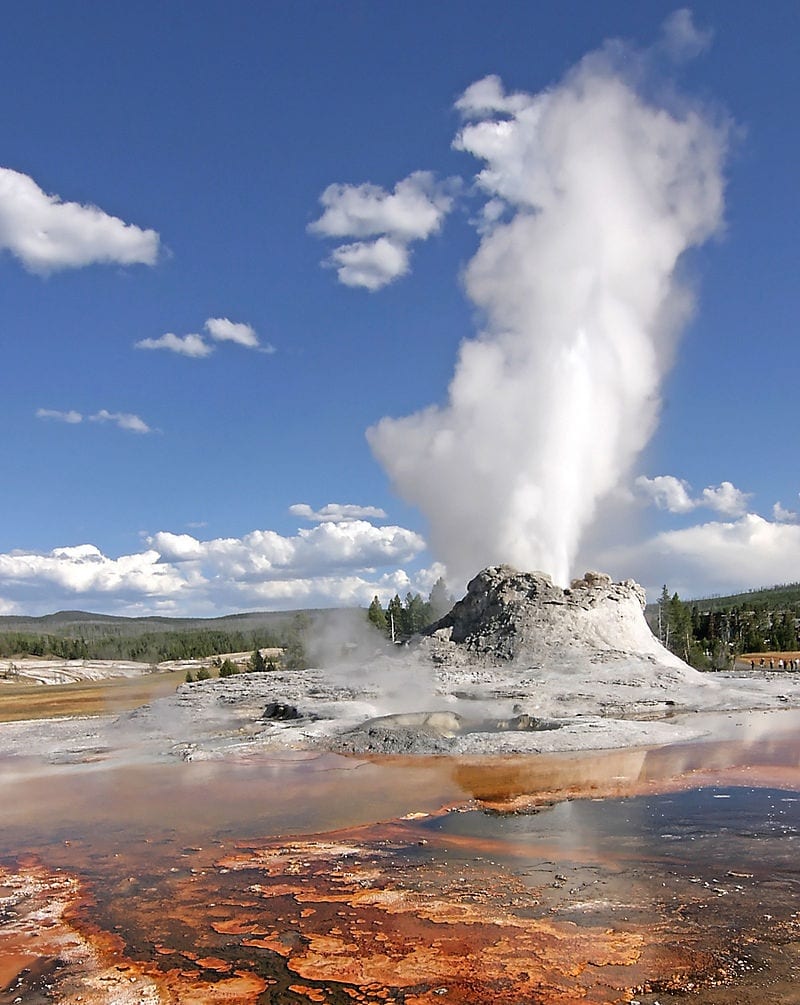 In order to extract the heat from the geyser reservoirs, its heat must be directly harnessed by means of turbines to obtain mechanical energy. The problem with this type of extractions is that the reinjection of the water already at low temperature makes the magmas cool and makes them run out. It has also been analyzed that the injection of cold water and the cooling of magmas produce small but frequent earthquakes.

We have seen the types of reservoir for the extraction of geothermal energy, but we have not yet analyzed the uses that can be given to them. Today geothermal energy can be harnessed in many aspects of our daily lives. It can be used to heat and create the right conditions in greenhouses and to provide heating for houses and shopping centers.

It can also be used for cooling and domestic hot water production. In general geothermal energy is used to spas, heating and hot water, generation of electricity, for the extraction of minerals and in agriculture and aquaculture. 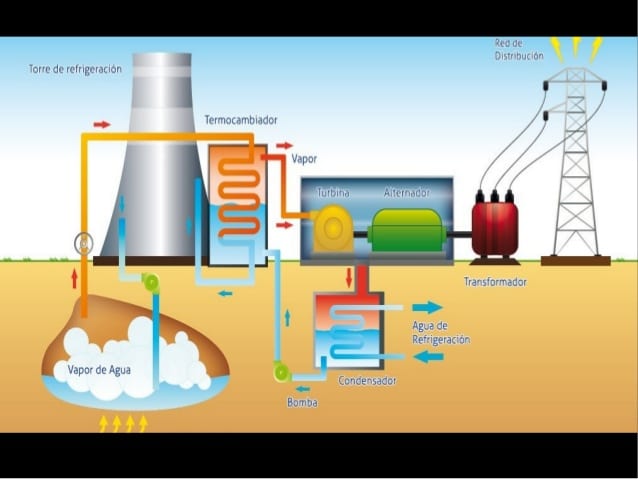 Finally, as not everything is beautiful, we have to analyze the disadvantages of the use of geothermal energy.

As you can see, geothermal energy, despite not being so well known, has many functions and endless characteristics to take into account for the future of energy.

Discover the other types of renewable energies:

Full path to article: Green Renewables » Renewable Energy » Everything you need to know about geothermal energy