In a previous post we were talking about the problem of waste generated by wind turbine blades of wind farms. In the near future they will have to be treated more than 4.500 blades and take advantage of those materials.

To avoid the impacts that the blades have on the birds, the visual impact, save on material and avoid generating waste, projects of wind turbines without blades. How can a wind turbine generate wind power without blades? 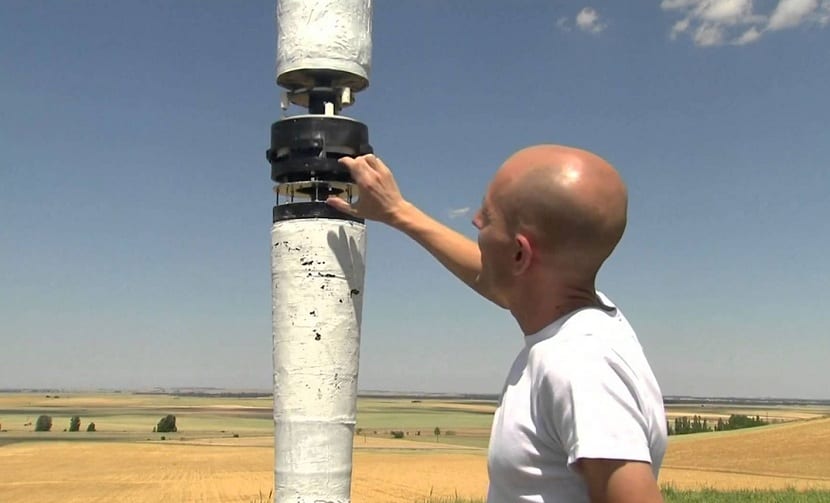 This project tries to evolve the current 3-blade wind turbines to wind turbines without blades. In case there is any doubt about it, these wind turbines are capable of generating the same energy as conventional ones, but with savings in production costs and avoiding the impacts of the blades.

By not having blades, their way of generating energy as well as the morphology and the design are totally different from the current ones. Those responsible for the Vortex project are David Suriol, David Yáñez and Raúl Martín, partners in the company Deutecno.

This reduction of the blades offers the advantage of saving materials, transport, construction, maintenance costs and also generates 40% more energy with the same money that is invested in conventional ones.

Since 2006, when the first patent for this design was presented, work has been done to improve these wind turbines. To test the effectiveness and efficiency of power generation, a wind tunnel was built to test and simulate reality. It has been proven a prototype wind turbine about 3 meters high.

This device is composed of a semi-rigid vertical cylinder, which is anchored to the ground and whose materials are piezoelectric. We remember that piezoelectric materials can convert mechanical stress into electricity, and electricity into mechanical vibrations. Quartz is an example of a natural piezoelectric crystal. Then, the electrical energy is generated by the deformation that these materials undergo when they enter into resonance with the wind. In a way that is understandable, it works as if it were a baseball bat upside down, upside down, and swinging.

What the wind turbine tries to achieve is to take advantage of Von Kármán's vortex street effect. A von Kármán vortex street is a repeating pattern of eddy vortices caused by non-stationary separation of the fluid layer as it passes over submerged bodies. With this effect, the wind turbine can oscillate from one side to the other so that it can take advantage of the kinetic energy that is created and thus convert it to electrical energy.

Some of the benefits of these new wind turbines are:

With this wind energy revolution, the markets will increase the supply of these new wind turbines that save costs and maintain the same electricity generation. A full trial installation will be completed by the end of this year, which will be combined with solar energy to power homes in India.

In addition, the project has had the support of Repsol and twelve other private investors who have opted for the development of wind energy and this revolutionary invention. The market price would be about 5500 euros for a 12,5 m high wind turbine. But the goal is to build a 100-meter Vortex by 2018, since the higher the turbine is, the more performance it will have and generate more energy.