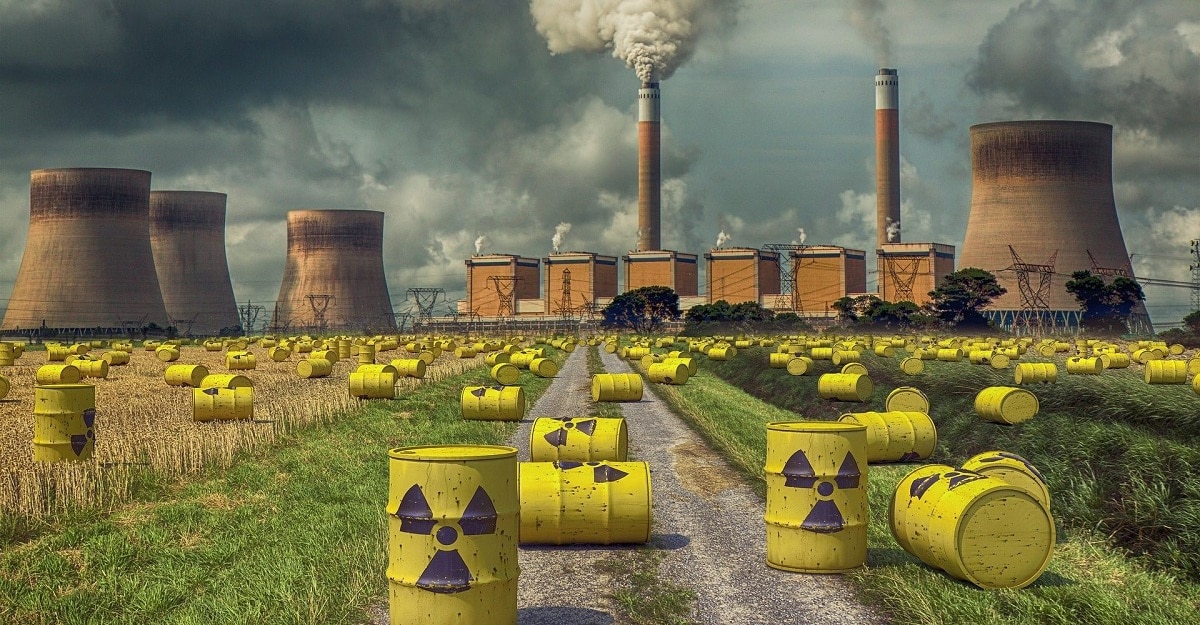 In this article we are going to tell you everything you need to know about radioactive waste, its characteristics and its environmental management.

Radioactive waste is considered to be any material or waste product, for which no use is foreseen, that contains or is contaminated with radionuclides in concentrations or activity levels higher than those established by the Ministry of Industry and Energy, after a favorable report from the Nuclear Safety Council. There are some criteria to be able to classify radioactive waste, according to its characteristics and its origin. Let's see what these criteria are:

Nuclear waste is more than 90% of uranium. Therefore, spent fuel (scrap) still contains 90% of usable fuel. It can be chemically treated and then placed in an advanced fast reactor (not yet implemented on a large scale) to stop the fuel cycle. A closed fuel cycle means less nuclear waste and more energy extracted from raw ore.

The longest-lived radioactive residues in nuclear waste are nuclides that can be used as fuel: elements of the p and sub-act series. If these materials are burned for fuel through recycling, the nuclear waste will remain radioactive for a few hundred years instead of hundreds of thousands. This greatly reduces the problem of long-term storage.

If all electricity consumption in the United States is evenly distributed among its population and everything comes from nuclear energy, the amount of nuclear waste that each person will generate each year will be 39,5 grams. If we get all our electricity from coal and natural gas, we emit more than 10,000 kg of carbon dioxide each year per person.

Where radioactive waste is stored

The storage and management of radioactive waste presents quite a few challenges. And you have to find a way to reduce environmental pollution and avoid any catastrophe. The method used when it is about eliminating radioactive waste is to bury it deep down. However, this procedure is not as simple as it sounds.

We must bear in mind that the disposal of high-level nuclear waste requires quite great depths since these wastes can be very dangerous. There are several known radioactive waste disposal sites around the world. For example, the Swedes have a facility in Oskarshamn that has long-term nuclear waste storage for over 100.000 years.

The United States had a multi-year ongoing project called the Yucca Mountain Nuclear Waste Repository in Nevada, but the Obama administration finally ended it in 2011. There are currently more than 50.000 metric tons of nuclear fuel only used in the United States. This amount accumulates and many try to make different options to be able to deal with this waste. Some think of shooting all the radioactive waste into space, burying it in deep water, giving all the waste in glaciers and all kinds of geological environments.

Unsurprisingly, this is being avoided as scientists work to solve the waste problem by reprocessing and recycling waste. If these studies and investigations can be successful, the amount of radioactive waste could be reduced generated by all nuclear power plants up to 90%.

When 5% of the uranium in nuclear rods has reacted, the entire fuel rod becomes contaminated with plutonium and other products that take place in nuclear fission. These spent lo bars are efficient to generate electricity, so they must be treated as waste. The recycling of radioactive waste consists of extracting the usable elements that still remain for the production of energy. The goal of these technologies is to efficiently close the nuclear fuel cycle.

We know that nuclear energy does not produce greenhouse gases, the waste that remains radioactive for more than 100.000 years. This represents a terrible problem for both people and the environment.

I hope that with this information you can learn more about radioactive waste and its characteristics.