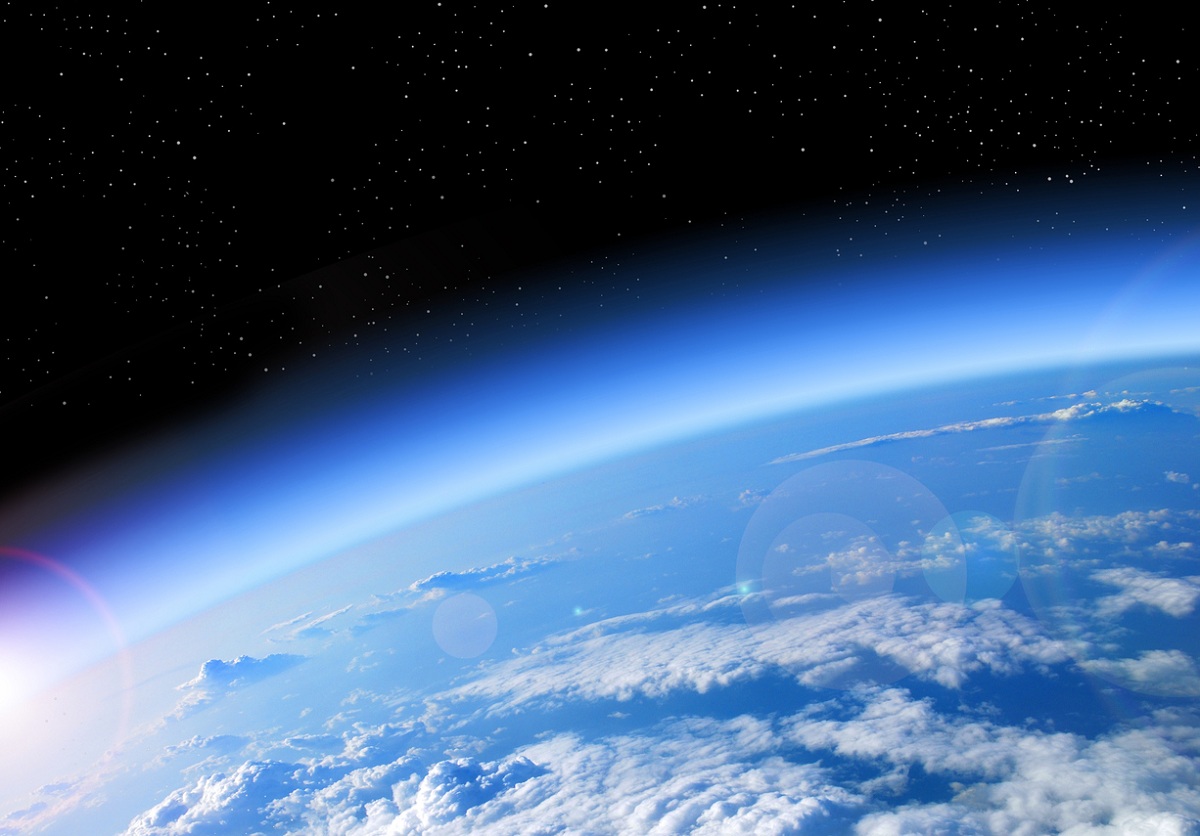 Among the different layers of the atmosphere, one layer has the highest ozone concentration on the entire planet. This is the so-called ozone layer. This area is located in the stratosphere at an altitude of about 60 kilometers and has a necessary impact on life on Earth. As humans emit certain harmful gases into the atmosphere, this layer has thinned, endangering its life function on earth. However, to this day, it seems to be readjusting. Many people still don't know well What is the ozone layer.

Therefore, we are going to dedicate this article to tell you what the ozone layer is, what are its characteristics and current situation on it.

What is the ozone layer 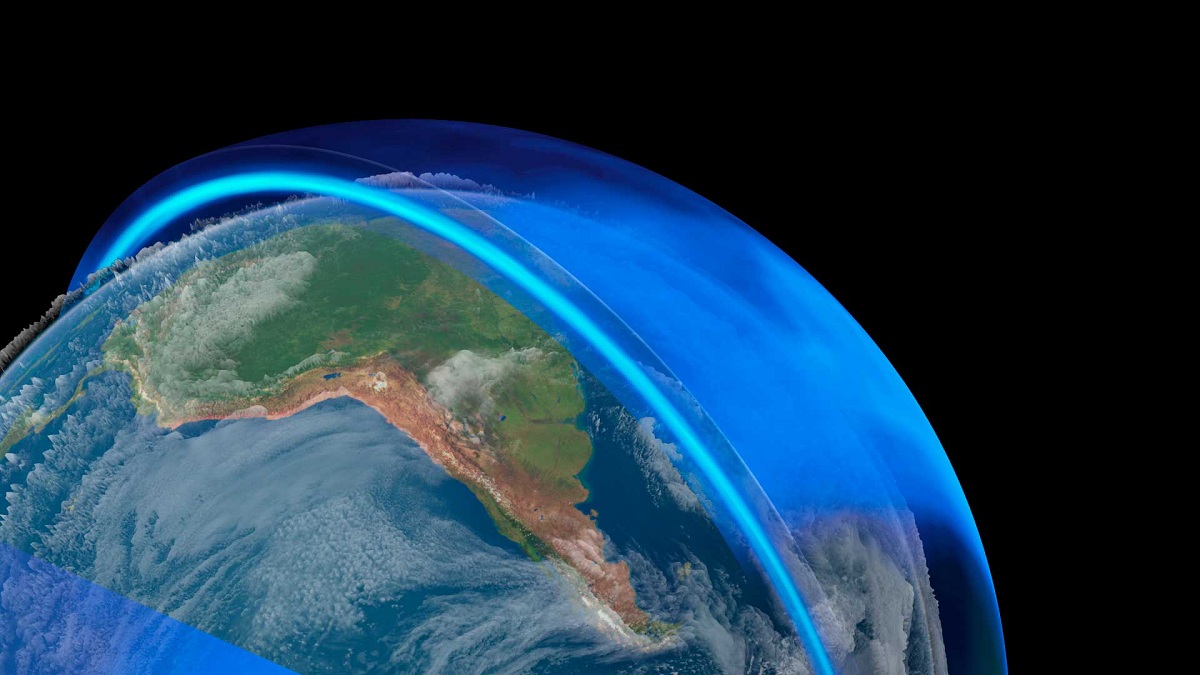 To begin to understand the role of the ozone layer, we must first understand the nature of the gas that makes it up: ozone gas. Its chemical formula is O3, which is an isotope of oxygen, a form that exists in nature.

Ozone is a gas that it decomposes into ordinary oxygen at normal temperature and pressure. Similarly, it emits a pungent sulfur odor and the color is soft blue. If ozone is found on the earth's surface, it will be toxic to plants and animals. However, it exists naturally in the ozone layer, if there is not such a high concentration of this gas in the stratosphere, we will not be able to get out.

Ozone is an important protector of life on the earth's surface. This is because it has the function of a protective filter against solar ultraviolet radiation. Takes care of absorb mainly the rays of the Sun that are in the wavelength between 280 and 320 nm. 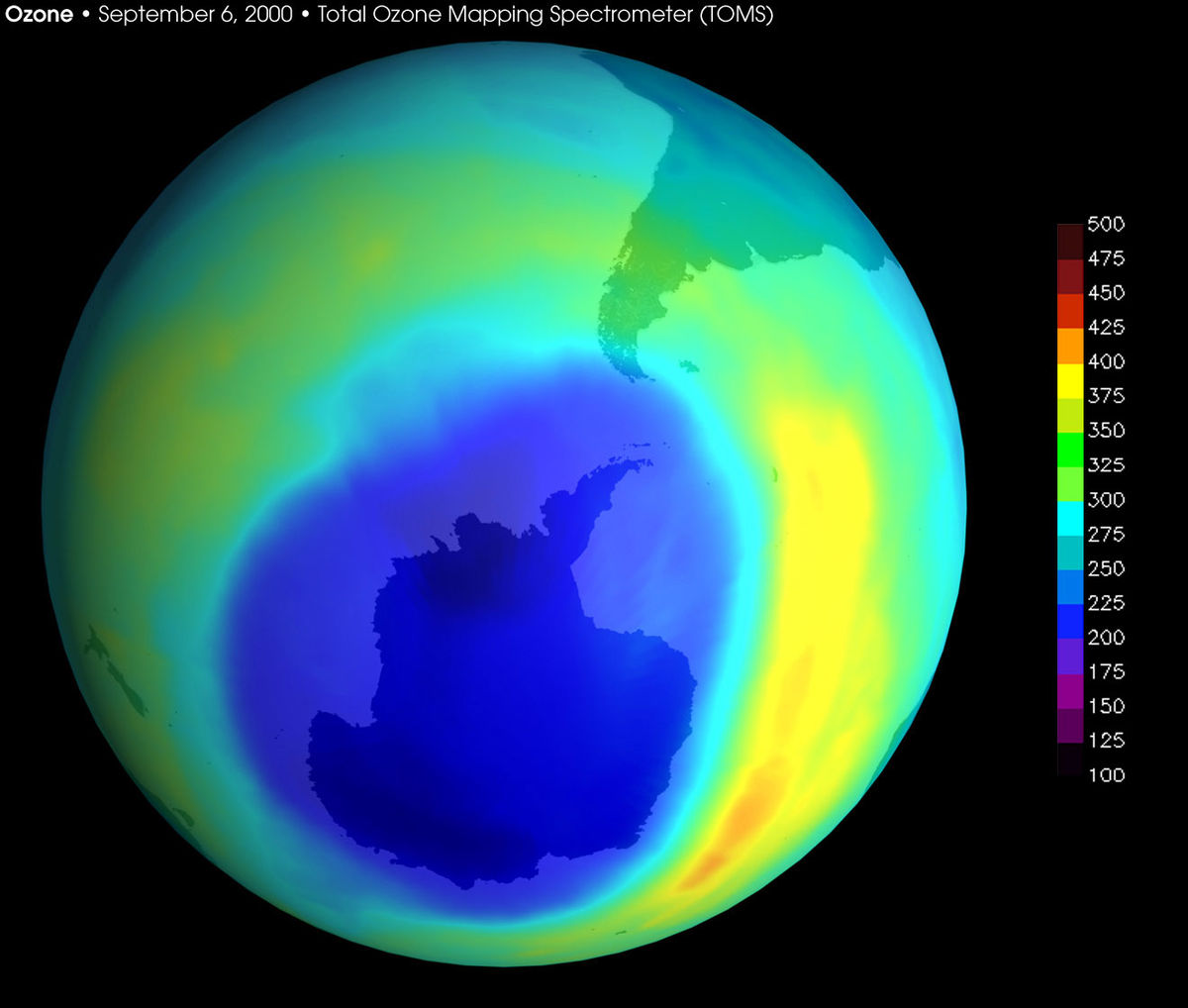 Ozone is a gas that can be detected near electrical storms and high voltage equipment or sparks. For example, in a mixer, ozone is generated when the brush contacts produce sparks. It can be easily identified by the smell.

This gas can condense and appear as a very unstable blue liquid. However, if it freezes, it will appear dark purple. In these two states, It is an extremely explosive substance due to its strong oxidation capacity. When ozone decomposes into chlorine, it is capable of oxidizing most metals and, although its concentration is very small at the earth's surface (only about 20 ppb), it is capable of oxidizing metals.

It is heavier and more active than oxygen. It is also more oxidizing, which is why it is used as a disinfectant and germicide, due to the oxidation of the bacteria that it effects. Has been used To purify water, destroy organic matter, or air in hospitals, submarines, etc.

Origin of the ozone layer 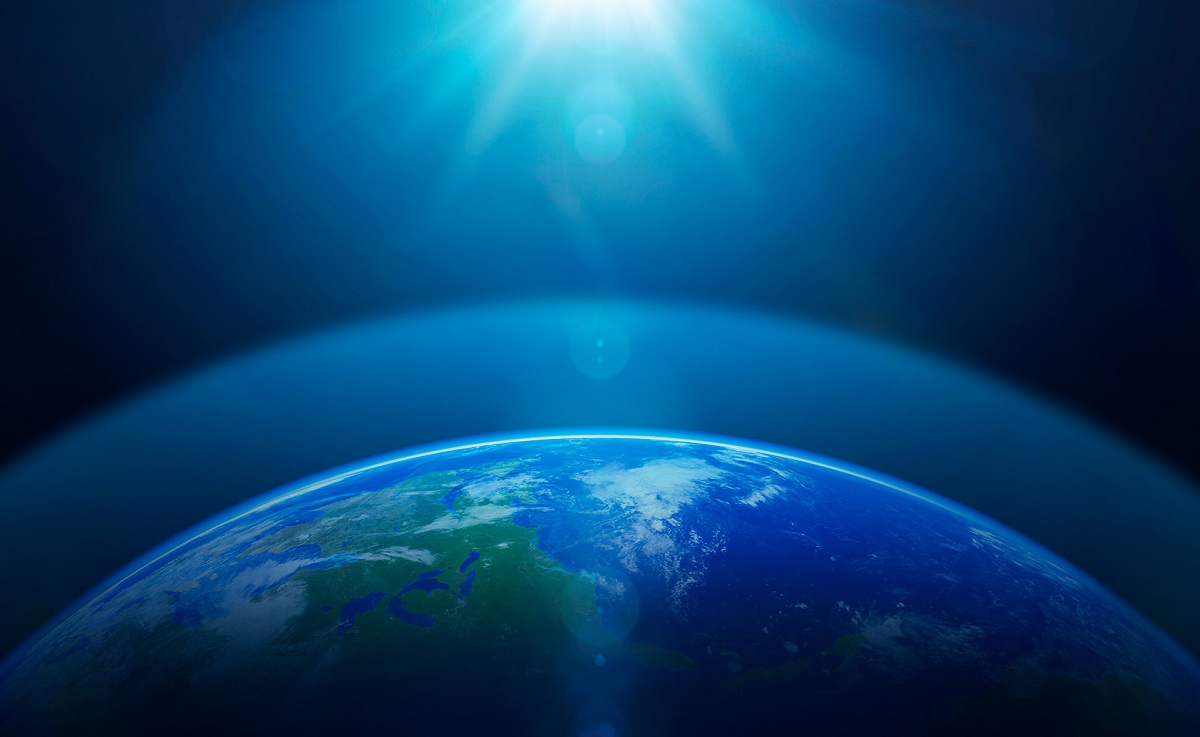 The term "ozone layer" itself is generally misunderstood. In other words, the concept is that at a certain height in the stratosphere there is a high concentration of ozone that covers and protects the Earth. More or less it is represented as if the sky were covered by a cloudy layer.

However, this is not so. The truth is that ozone is not concentrated in a stratum, nor is it located at a specific height, but it is a scarce gas that is highly diluted in the air and that, in addition, appears from the ground to beyond the stratosphere. What we call the "ozone layer" is an area of ​​the stratosphere where the concentration of ozone molecules is relatively high (a few particles per million) and much higher than the other concentrations of ozone on the surface. But the concentration of ozone compared to other gases in the atmosphere, such as nitrogen, is miniscule.

Ozone is produced mainly when oxygen molecules receive a large amount of energy. When this happens, these molecules turn into atomic oxygen radicals. This gas is extremely unstable, so when it meets another common oxygen molecule, will combine to form ozone. This reaction occurs every two seconds or so.

In the ozone layer, ozone molecules, molecular oxygen, and atomic oxygen are constantly being created and destroyed. In this way, there is a dynamic equilibrium in which ozone is destroyed and formed.

Hole in the ozone layer

This hole in the ozone layer is the reduction of the concentration of this element in a certain area. Therefore, in this area more harmful solar radiation enters our surface. The hole is located at the poles, although in the summer months it seems to recover. When it recovers at one pole, it appears to degrade at the other. This process is taking place cyclically.

Ozone degradation occurs both due to natural fluctuations due to the electromagnetic field of the planet and interaction by human activity. Humanity, thanks to economic development and industrial activities, is emitting large amounts of polluting gases that are destroying ozone molecules.

To protect the ozone layer, governments around the world must establish measures to reduce emissions of these harmful gases. Otherwise, many plants could suffer from solar radiation, skin cancer would increase, and some more serious environmental problems would occur.

On an individual level, as citizens, what you can do is buy aerosol products that do not contain or are made with particles that destroy ozone. Among the most destructive gases of this molecule are:

I hope that with this information you can learn more about what the ozone layer is.

Full path to article: Green Renewables » Environment » What is the ozone layer