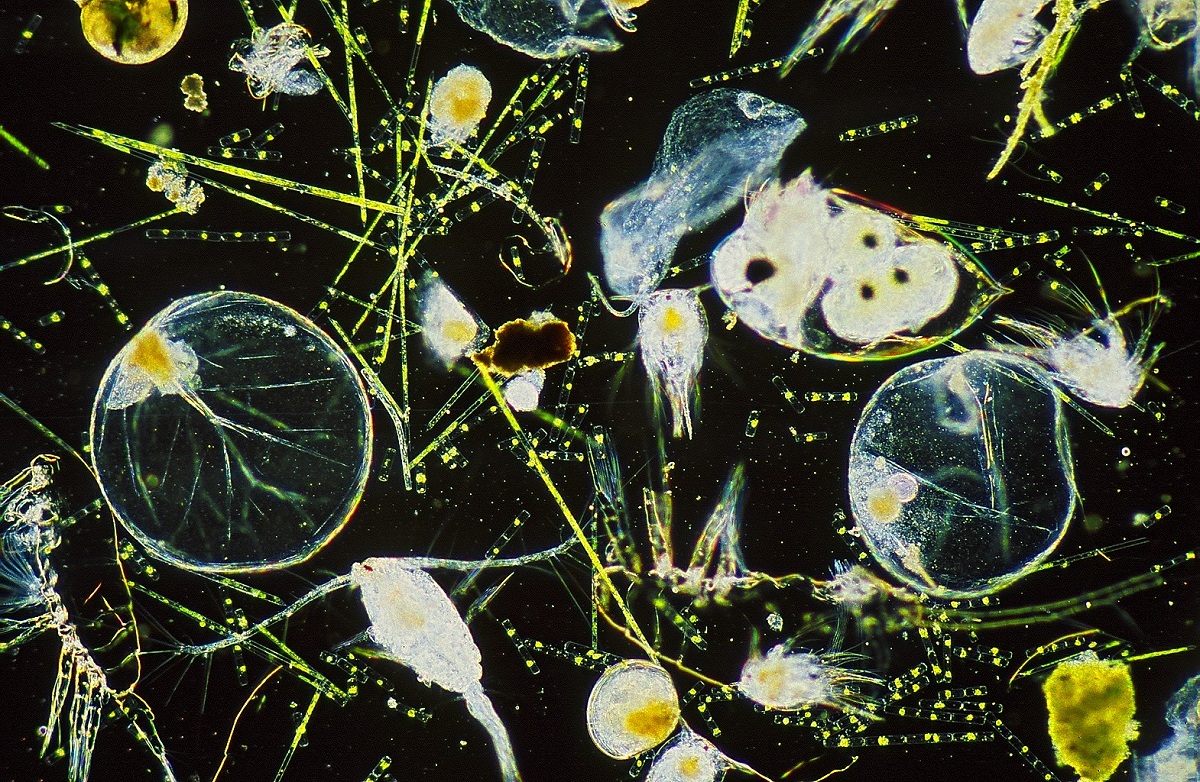 Living beings eat by following a food chain that is based on different levels in which organisms are the ones that eat and others are the ones that are eaten. The base of the link in the marine food chain is plankton. Many people don't know what is plankton nor its importance. It is the beginning of the food chain and is made up of very small organisms capable of photosynthesis. Its main function is to serve as food for many marine living beings. Therefore, it is of great importance for the development of ecosystems and marine life.

In this article we are going to tell you what plankton is, its importance and its characteristics.

Plankton is a group of creatures that float in the movement of ocean currents. The word plankton means wanderer or vagabond. This group of creatures is very diverse, diverse and has habitats for both fresh water and sea water. In some places, they can reach concentrations of up to billions of people and increase in colder oceans. In some static systems, such as lakes, ponds or containers with still water, we can also find plankton.

Depending on your diet and type of form, there are different types of plankton. We will divide between them:

Most plankton organisms are microscopic in size. This makes it impossible to see with the naked eye. The average size of these organisms is between 60 microns and a millimeter. The different types of plankton that can exist in water are as follows:

All organisms that exist in plankton have different types of bodies and respond to the needs of the environment in which they live. One of these bodily needs is the buoyancy or viscosity of the water. For them, the marine environment is viscous and it is necessary to overcome resistance to move in the water.

There are many strategies and adaptive measures to promote floating water can increase the chance of survival. Increasing the body surface area, adding fat droplets to the cytoplasm, shelling, shedding and other structures are different strategies and adaptations to be able to survive in different marine and freshwater environments. There are other creatures that have good swimming ability, thanks to flagella and other locomotive appendages, as is the case with copepods.

Phytoplankton is consumed by zooplankton, which in turn is consumed by carnivores and omnivores. These are predators of other creatures and the decomposers ingest the carrion. This is how the entire food chain is formed in aquatic habitats.

Phytoplankton absorb a large amount of carbon dioxide through photosynthesis and contribute almost 50% of the oxygen we breathe into the atmosphere. The dead plankton produces a layer of sediment, once fossilized, it produces the much desired oil.

As you can see, sometimes the most important thing is very small in size. In this case, plankton is the basis of the marine habitat's diet. I hope that with this information you can learn more about what plankton is, its characteristics and its importance.

Full path to article: Green Renewables » Environment » What is plankton