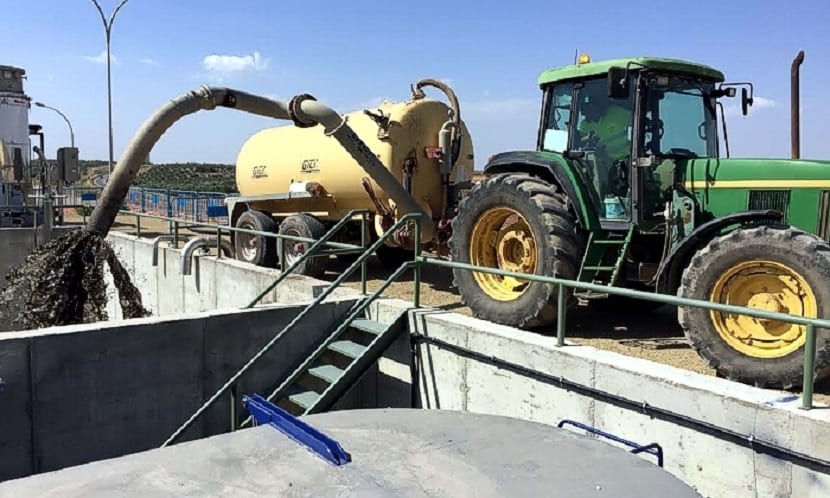 Biogas It has a high energy power that is obtained through organic waste from anaerobic digestion. Its composition is basically carbon dioxide and methane. This gas is extracted from landfills thanks to pipes that channel the gas produced by the different layers of organic waste. It is a kind of renewable energy that is used as fuel and with it energy can be produced as with natural gas.

In order to alleviate the different management problems of slurry in the different areas with the highest concentration of pigs in Andalusia, the Society of Agroenergy of Campillos SL. (Málaga) has started up a biogas plant. Because biogas is a renewable resource, since livestock waste is used, it helps lower production costs by generating an energy resource of more than 16 million kWh per year.

The plant has the ability to treat 60.000 tons per year of slurry and in addition to generating energy with biogas, it will produce 10.000 tons per year of compost for certain agricultural uses. Agricultural soils are subjected to great constant pressure and lose humus, which is why compost helps as an extra supply of humus and serves as a fertilizer. Agroenergía de Campillos SL. has a totally green business model with the surrounding companies. The biogas plant treats the waste from these companies and in return supplies them with clean energy.

This generation of renewable energy from organic waste helps reduce greenhouse gas emissions by about 13.000 tons per year. Therefore, the plant is a benchmark in Andalusia for being the first biogas plant to promote business with renewable energy and the production of compost as fertilizer.