According to data at the close of 2016 from the Institute of Economic Studies (IEE), the renewable energy added a 17,3% of gross final consumption of energy in Spain.

The Paris agreements on renewables indicate that the EU as a whole has to reach an average of 2020% contribution from renewable sources to gross final energy consumption by 20.

Other countries such as Latvia, Portugal and Croatia are ranked over 28% and Lithuania and Romania are around 25%. In the case of Slovenia it reaches 21,3% and Bulgaria 18,8%, while Italy registers 17,4%. With regard to Spain, it has advanced just over one point and exceeds the European Union average, reaching 17,3% at the end of 2016.

Unfortunately France is already below the average with 16%, as is the case in Greece, the Czech Republic and Germany, with figures close to 15%. The countries at the bottom of the EU are Malta, the Netherlands and Luxembourg, with between 6% and 5,4%, respectively.

Renewable energies in Spain and its future

After a few bad years due to the decrees of the Popular Party, the Autonomous Communities are once again betting on new renewable developments. Only the Auctions held in 2016 and 2017 give the possibility of installing 8.700 megawatts of new power

These new facilities will have of more than 8250 million euros, in addition to generating 90.000 jobs during the installation phase.

However, renewable development is being very unequal in the different autonomies, as confirmed by the Study of the Macroeconomic Impact of Renewable Energies in Spain published by the Association of Renewable Energy Companies (APPA). Thus, Castilla y León leads the interest in 'clean energy' with 6.474 megawatts installed, the majority to through the wind. They are followed by Andalusia, Castilla-La Mancha and Galicia. On the contrary, the Balearic Islands, Cantabria and Madrid are at the bottom of this list.

Next we are going to see several news that reaffirm the bets for the renewables of the autonomous communities.

The Government of Aragon has estimated the investment in 48 wind projects, for a total of 1.667,90 MW, and twelve photovoltaic solar plants, located in the municipalities of Escatrón and Chiprana with a power of 549,02 MWp.

This momentum began almost a year ago when new criteria were approved to grant this declaration to investments in renewable energy.

This Autonomy subsidizes energy improvement with several million euros. The Board intends to contribute to the transition towards a low carbon economy in all productive and social sectors, within the framework of the Strategy Energy efficiency 2016-2020 , which has been subject to citizen participation in Open Government.

According to the Castilian-Leonese Government, thank you these incentives may finance improvements in facilities thermal and light (provided that an energy saving of at least 20% is proven), such as interventions on elevators or escalators, when the reduction in energy consumption is at least 30%.

In Galicia there is a higher rainfall regime and, therefore, solar energy is not very efficient, presented a strategy to improve biomass energy. The result of the balance is that By the end of 2017, the installation of more than 4.000 biomass boilers in homes will have been supported.

With a budget line of 3,3 million euros, the Xunta de Galicia wants to promote the installation of biomass boilers to boost the production of renewable energy and reduce greenhouse gas emissions in more than 200 public administrations, non-profit organizations and Galician companies.

The Balearic Islands are increasing interest in renewable energy. The General Directorate of Energy and Climate Change processes seven new projects for photovoltaic parksThis will mean a 25% increase in the renewable power currently installed on the islands. These are small projects, totaling just over 20 MW.

It can be seen that the new projects do not represent a very high number of new power, the general director of Energy and Climate Camabio, Joan Groizard, appreciated their contribution. Unfortunately, currently in the Balearic Islands there are only 79 megawatts of renewable energy installed. 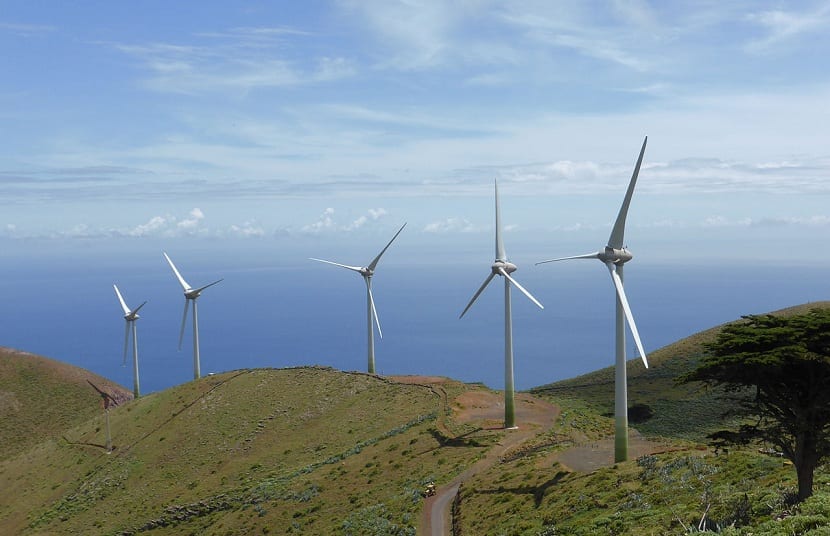 Thanks to the Canary Islands Development Fund, the FDCAN, more than 90 projects to improve energy management presented by municipalities and universities and councils, will receive funding of 228 million euros.

The Government of the Canary Islands has reported that these projects aim to increase the use of renewable energies, improve energy efficiency and develop sustainable mobility, in order to implement a much more appropriate energy model in the Canary Islands.

Mr. Fernando Clavijo, current president of the Canary Islands, has stated in a statement that in a territory such as the Canary Islands It is essential to promote projects that allow to promote energy saving and efficiency, reduce costs and advance in the development of a more sustainable and competitive model.

Clavijo considers that the Canary Islands have perfect natural conditions, which allow promoting the development of renewables, not only to move towards a change in the energy model, but also as an activity to diversify the economy of the islands, and thus increase their GDP.