La natural gas energy is seen with good eyes since it is about much cleaner fuel than charcoal and is sometimes used as its natural substitute.

However this positive reputation is not so true as it seems according to various reports and reports, in which it is explained how the energy that comes from natural gas produces a great pollution when the process of extracting it is carried out. It is precisely when it burns in the combustion process that it is clearer because its gas emissions are lower at that time.

You have to be careful with how certain products are valued, since it is not only the last section in which the contamination produced is not evident, but in the entire process. Fracking or hydraulic fracturing is precisely where its most polluting moment is.

Fracking consists in creating fissures in the rock so that part of the gas flows to the outside and can be extracted in a better way later from a well. In addition, the problem with this system is that chemicals are used in this part of the production that are then released into the atmosphere.

One of the serious problems is that it contaminates the underground drinking water and causes large emissions of CO2 and methane, which worsens global warming and climate change. Due to the contamination of the underground drinking water, it happens that the health of the population near the deposits worsens substantially apart from those wastes that go into the air.

Natural gas is a fossil fuel, although global emissions from its combustion they are not the majority of the problem that if it causes the coal or the petroleum.

Natural gas emits 50 to 60 percent less CO2 when combusted in a new natural gas power plant compared to typical emissions from a coal plant. It also reduces the gases released into the atmosphere by 15 to 20 percent compared to those caused by a gasoline engine in a vehicle.

Where yes that its emissions are found in the extraction and drilling of gas natural gas from wells and its transport through pipelines resulting in methane filtering, a gas even more powerful than CO2. Preliminary studies show that methane emissions account for 1 to 9 percent of total emissions.

Pollution in the air by generating energy from natural gas

Natural gas implies cleaner combustion than other fossil fuels, as it produces tiny amounts of sulfur, mercury and other particles. Burning natural gas produces nitrogen oxide, although at lower levels than the gasoline and diesel used in vehicle engines.

10.000 American homes that work With natural gas instead of coal, it avoids annual emissions of 1.900 tons of nitrogen oxide, 3.900 tons of SO2 and 5.200 tons of particles. Reducing those emissions become public health benefits, as those pollutants have been linked to problems like asthma, bronchitis, lung cancer, and more.

Although there are these benefits, the development of unconventional gas can affect local and regional air quality. High concentrations of air pollutants have been experienced in some areas where drilling occurs.

Exposure to high levels of these pollutants can promote respiratory problems, cardiovascular problems and cancer.

Hydraulic fracturing is a technique to increase oil and gas extraction underground. Since 1947, some 2,5 million well fractures have occurred around the world, including one million in the United States.

The technique consists of generate one or more high permeability channels through the injection of high pressure water, so that it overcomes the resistance of the rock and opens a controlled fracture at the bottom of the well, in the desired section of the hydrocarbon containing formation.

The use of this technique has allowed oil production will increase by 45% since 2010, which made the United States the second largest producer in the world.

It is also noted that the environmental impact of this technique, which includes contamination of aquifers, high water consumption, air pollution, noise pollution, migration of gases and chemicals used to the surface, surface contamination due to spills, and possible health effects derived from it.

Another of the most serious cases of fracking is increase in seismic activity, most associated with deep fluid injection. 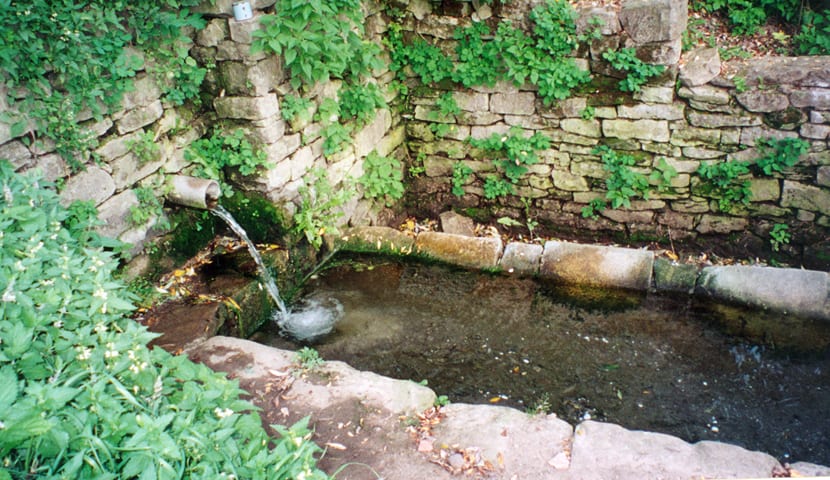 With hydraulic fracturing of the well has caused the leakage of gases, radioactive materials and methane to the drinking water supply.

There are documented cases of aquifers near gas wells that have been contaminated with fracking fluids as well as gases, including methane and volatile organic compounds. One of the biggest causes of pollution is a poorly made construction or wells that rupture allowing gas to leak into the aquifer.

The fluids used in hydraulic fracturing also have reached abandoned wells, as well as some improperly sealed, which ultimately results in these aquifers being contaminated.

Fracking has been linked to low magnitude seismic activity, but such events are usually undetectable on the surface.

Although the use of wastewater when injecting it at high pressure in class II injection wells has been linked to earthquakes of greater magnitude in United States. At least half of the earthquakes of magnitude 4.5 or greater have struck the interior of the United States in the past decade have occurred in regions where fracking occurs.

A new study published in 2016 and conducted by a team of geologists and seismologists from the Texas Methodist University of South and the United States Geological Survey, showed that the injection of large volumes of wastewater combined with the extraction of brine from the subsoil in the wells depleted gas was the most likely cause of the 27 earthquakes that between December 2013 and spring 2014 felt by the population of Azle, in Texas, where they had never had any connection with the earthquakes.

Apart from the increase in earthquakes, the chemical compounds used in this technique could pollute both land and aquifers underground, according to the British Royal Society in 2012.

You can also find three scientific papers published in 2013 that coincide in indicating that groundwater contamination from fracking it is not physically possible. What is clear is that in order for it not to occur, the best operational practices must always occur. It happens that this is not always the case, so there is the great problem of polluting the underground aquifers.

Documentaries on the energy of natural gas

There are several documentaries where a clear opposition can be found to fracking like Josh Fox's Gasland. In this it was exposed the problems of contamination of aquifers near the extraction wells in places like Pennsylvania, Wyoming and Colorado.

The funny thing that it was an oil and gas industry lobby that questioned those collected in the film Fox so that the Gasland website would refute the claims made by the lobbyist group.

Another interesting film is Promised Land., presented by Matt Damon on the subject of hydraulic fracturing. Also in 2013, Gasland 2 was presented, the second part of the documentary in which he affirms his portrait of the natural gas industry, in which presenting it as a clean and safe alternative to oil, is really a myth. Long-term leaks and air and water pollution ultimately harm local communities and put the climate at risk due to emissions of methane, a powerful greenhouse gas.

Looking for a substitute for natural gas energy

With all this said, the natural gas is not that clean as it has been tried to show, but in its process it releases pollutants into the atmosphere as happens when the fracking technique is used.

That is why it is convenient to know the reality that surrounds the energy of natural gas and keep pushing very hard for other energy sources that are completely clean and sustainable over time such as wind or solar, which is where we must go in order to keep this planet safe and sound.

All those fuels based on the fossils inevitably lead us to that Paris Climate Summit in which dozens of countries had to resort to certain decisions to place next year in one in which renewable energies should be the main objective.

Do you want to know what natural gas boilers are and how they work? Do not miss this article:

Related article:
Everything you need to know about natural gas boilers