In fact the seas have an immense capacity to produce energy. Unfortunately, this is not being exploited for various reasons.

The marine energy or energy of the seas is of diverse origin, such as waves, tides, ocean currents, thermal gradients and saline gradients.

We could divide them into several groups, such as wind installations located in the sea, as well as the use of marine biomass, although for the purposes of this post will be on the sidelines since they are not proper uses of the salt water masses.

Also generally called "wave motor“It is the one that is currently the most developed, and the different technologies developed demonstrate the great interest it has in the renewable energy sector.

Wave energy is defined as marine energy that is obtained through the capture of the kinetic energy contained in the movement of the waters of the oceans and seas.

The waves are the result of the effect of the wind on the water surface. This wind originates from the main energy input of the planet: energy from the sun. The energy contained in the oscillatory motion of the ocean waters is enormous. In certain places where wave activity is abundant, the kinetic energy stored in this movement exceeds 70MW / km2. 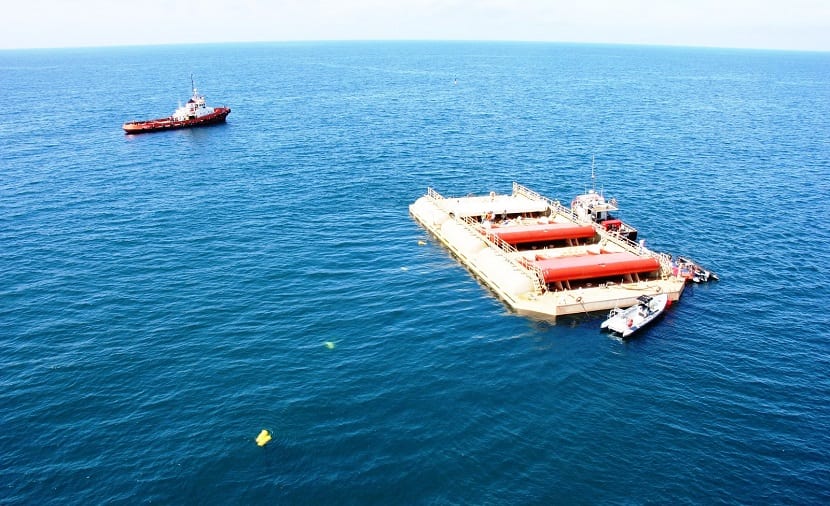 Also known as "tidal"It is that energy that takes advantage of the rise and fall of the sea water produced by the gravitational action of the sun and the moon to generate electricity cleanly. It is, therefore, a renewable and inexhaustible source of energy that uses the tidal energy produced in our oceans.

In this case, the main drawback is the location of places where there is a difference in height that is large enough so that be profitable from the economic point of view to operate a facility. 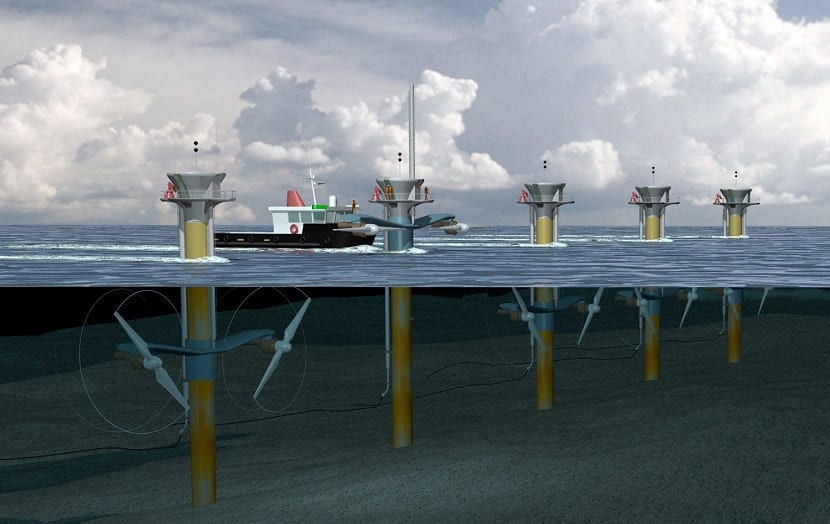 HR Ocean currents are the phenomena that occur in the sea masses as a result of the kinetic use of water from deep areas.

The origin is also found in the action of the wind on the body of water, which decreases in intensity as the water increases. depth.

Regarding the gradients, there are currently two ways to harness their energy.

On the one hand, the difference in temperatures between the surface water mass and the deep one, which can technically be carried out in those places that are located on the equator or in tropical areas, especially due to the continuity of temperatures along the throughout the year.

Saline gradients can only be used in places where there is a confluence of types of water with different salinity. This generally takes place at the mouths of rivers.

How to harness this energy

If we focus on the use of marine energy resources, which are almost infinite worldwide.

It is the energy of the waves that is more advanced, although that does not imply that the tidal energy It has not been used in a significant way for years, but only in some places where there are very special conditions, since its use is associated with a high environmental impact, and they are places with outstanding environmental value.

In areas with ocean current resources, the problem may be another, and it is the great traffic density maritime that can be had these places, although with an adequate depth of the area, the problem could be minimal.

The use of marine gradients, currently, it is not profitable. Although, not for that reason it has stopped investigating.

Europe has been a pioneer region in the use of waves, specifically the region of Scotland y Portugal, although later other countries have been added, among which are Spain, mainly the Autonomous Communities of the Cantabrian coast, as well as Galicia.

There are many projects that have been launched to date, with different results, but the strong support of various administrations for the development of this sector. In addition, there is great interest from the large renewable industry, which is a prelude to a success in the medium term, being able to count on one more renewable energy in the country's electricity mix.