In other articles we have talked about the lithosphere, the biosphere, hydrosphere, the atmosphere, etc. and all its features. To define well all the areas of the Earth and the function of each one, the scientific community establishes some limits. On numerous occasions we speak of the ecosphere, although it is not yet well defined and delimited in terms of what it is capable of encompassing.

Ecosphere is defined as the global ecosystem of planet Earth, formed by all those organisms present in the biosphere and the relationships that are established between them and the environment. Do you want to know more about the characteristics and importance of the ecosphere?

Definition of ecosphere What is it? 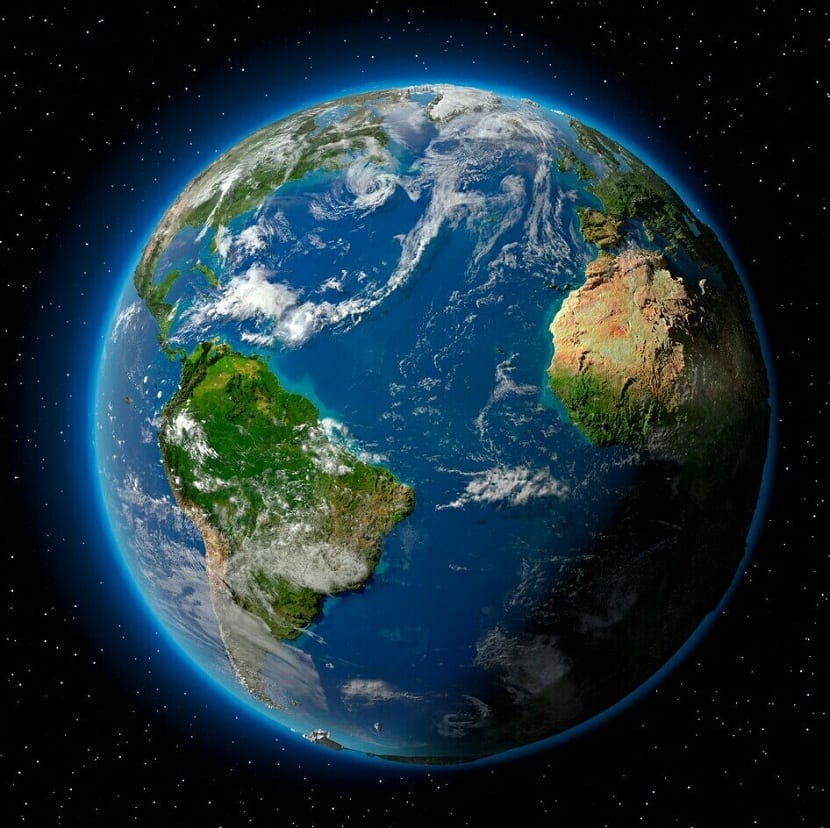 We can say that the ecosphere is the sum of the biosphere and its possible interactions with the environment. In other words, the biosphere included the entire area of ​​the Earth inhabited by living beings, but it did not contemplate the interactions that exist between these organisms with the environment. That is, the genetic exchange between populations of animals and plants, the trophic chains of ecosystems, the function that each organism has in an environment where other species live, the relationship between the abiotic and the biotic part, etc.

This concept of the ecosphere is quite comprehensive global of the Earth, since thanks to it it is possible to understand from a general approach what we could call a planetary ecosystem formed by the above named, geosphere, biosphere, hydrosphere and atmosphere. That is, the ecosphere is like the study of all the rest of the ecosystems of the entire planet and their interactions between them.

Because the dimensions of the ecosphere are enormous, it can be divided into smaller sizes to facilitate its study. We must be clear that although human beings divide and classify ecosystems in order to better understand their functioning, to preserve them and to exploit them, it is a reality that nature is a whole and that there is a constant interrelation between all the ecosystems that make up the so-called ecosphere.

As we have mentioned before, in the ecosystems of the entire planet living beings interact directly or indirectly. For example, when plants photosynthesize, they absorb CO2 and release oxygen that is vital for the life of other living beings. Another example in which an abiotic factor such as water intervenes is the hydrological cycle. In this cycle, water moves in a process essential for life on a planetary level. Thanks to this movement of water and that continuous contribution to ecosystems, millions of species can live on our planet.

These interactions that all living beings have, both with each other and with abiotic factors (such as water, soil or air) make us see that all the pieces of the puzzle are necessary to coexist on Earth. For this reason, it is essential that we try to minimize the impacts that human beings generate on the planet, since any damage suffered by it will affect the rest of the components that make up the ecosphere.

Differences between biosphere and ecosphere

On the one hand, the biosphere, where these organisms are present, extends from the bottom of the oceans to the top of the highest mountain that exists, also encompassing part of the atmosphere, the troposphere, the hydrosphere and a part surface of the geosphere, that is, the biosphere, as it turns out, it is the area of ​​the earth in which life is found.

However, on the other hand, the ecosphere is not only the area where life is found and spreads, but it studies all the relationships that exist between these living beings. The exchange of matter and energy between living beings and the environment is quite complex. For there to be harmony in ecosystems and all species can cohabit at the same time, there must be natural resources to sustain populations, predators that control the number of individuals of each species, opportunistic organisms, balance between parasites and hosts, symbiotic relationships, etc.

Each ecosystem has an ecological balance depending on the populations, natural resources and the meteorological conditions that occur. This ecological balance has been very difficult to study and understand, since there are many variables that act in this fragile balance. The meteorological conditions are those that determine the amount of water available in an ecosystem, the amount of water, in turn, enables the growth of plants, which in turn, supports the populations of herbivores, which are the ones that serve as I feed carnivores and they leave the remains to decomposers and scavengers.

This entire food chain is "tied" to the conditions that exist in each place and at each moment, so if there is a factor that unbalances all the variables, the ecosystem may trigger instability. For example, that factor that unbalances the rest of the variables may be the action of man. The continuous impacts of man on the environment to both abiotic and biotic factors are altering the balances of ecosystems, making it more difficult for many species to survive and leading to the extinction of many others.

Special system created by NASA to understand the ecosphere

To understand the ecological balance that exists in ecosystems, NASA created an experiment. It is a hermetically sealed glass egg, in which algae, bacteria and shrimp live, in some way, a scientifically perfect world, which, with the corresponding care, can live between four and five years, although there have been cases that life lasted for 18 years.

This special system was created to understand the balance that governs systems and that make up harmony so that all species can live in it and supply themselves with natural resources without depleting them.

In addition to this idea of ​​understanding ecological balance, this system was created to find alternatives to transport complete ecosystems to planets far from Earth in the future, like mars.

Sea water, sea water, algae, bacteria, shrimp, gravel were introduced into the egg. Biological activity takes place in isolation because the egg is closed. It only receives light from the outside to maintain the biological cycle.

With this project you can have an idea of ​​having a facility that serves to meet the basic needs of food, water and air so that astronauts can reach another planet well. So, in this sense, NASA considers the ecosphere as a small planet earth and shrimp act as human beings.

Exceeding the limits of the ecosphere

To make the understanding of these limits that the ecosphere has a little easier, we have to take into account that an ecosystem has finite resources and limited space. If we introduce too many species into that space, they will compete for resources and territory. Species reproduce and increase their populations and the number of individuals, so the demand for resources and land will increase. If primary organisms and primary consumers increase, predators will also increase.

This situation of continuous growth cannot continue indefinitely in time, since the resources are not infinite. When species exceed the capacity of ecosystems to regenerate and harbor resources, species begin to decrease their populations until they reach equilibrium again.

This is what is happening with the human being. We are growing at an exacerbated and unstoppable rate and we are consuming natural resources at a rate where the planet does not have time to regenerate. The ecological balance of the planet has long since been exceeded by humans and we can only try to do it again with better management and use of all resources.

We have to remember that we only have one planets and that it is up to us to stay on it.