Today there are multiple ways of generating energy through waste of all kinds. The use of waste as resources to generate energy is a good method to save on raw materials and help to end dependence on fossil fuels.

The Mexican sunflower is considered an invasive plant in various areas of Africa, Australia, and other islands in the Pacific Ocean. Well, researchers from two Nigerian universities have been working on a study that promotes biogas production and efficiency improvement from poultry farm excrement and these invasive sunflowers.

Generating biogas from the excrement of Mexican poultry and sunflowers is a great idea, since we end up with two big problems: the treatment of farm residues and the threat to indigenous species caused by the Mexican sunflower. Previously, in both Nigeria and China, research has been conducted to harness this biogas. The idea is to eliminate the invasion of this plant in the places where it displaces the native flora since both university researchers and the IUCN (International Union for Conservation of Nature) specialized group on invasive species point out that these sunflowers are highly dangerous in some protected natural areas.

Nigeria is one of the countries most affected by this plant and that is why they do not stop looking for alternatives to stop its expansion. In addition, they not only try to put an end to this plant but also try to make use of its waste. The study carried out by the universities of Landmark and Covenant, published in the journal Energy & Fuels, shows that the residues of these sunflowers have great efficiency in the production of biogas. This occurs thanks to the co-digestion of Mexican sunflowers and poultry farm residues with a previous treatment.

Greater efficiency with a pre-treatment 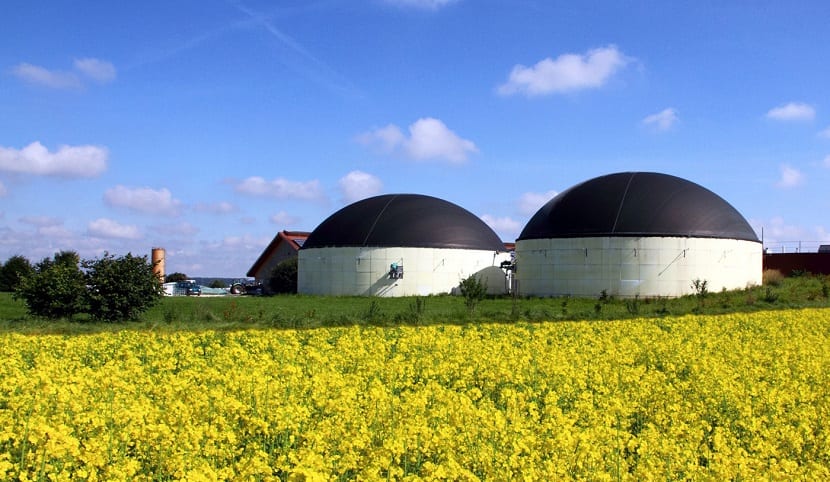 There are many ways to produce biogas. Biogas can be used to produce energy since it has a high calorific value. The study investigated a pre-treatment of poultry waste and the remains of Mexican sunflowers to increase the yield in biogas production of more than 50%. The conclusions of the study reflected an increase of 54,44% in the biogas yield that came from an experiment in which a pre-treatment was carried out and was compared with that which had not been previously treated.

Well, in the energy balance that was carried out, it was observed that net energy was positive and sufficient to adequately compensate for the thermal and electrical energies that were used to carry out the thermo-alkaline pre-treatment.

Keep in mind that poultry droppings may contain nutrients, hormones, antibiotics and heavy metals that are diluted in the soil and in the waters. All this can contaminate the soils and waters where they are discharged. That is why the use of these excrements for the production of biogas is fully justified, although it is noted that by themselves it is not profitable to convert them into biogas. To be more efficient, they must be mixed with vegetable raw materials, such as the Mexican sunflower.

Finally, there are also other invasive plants in other countries such as Mexico or Taiwan where they are planning to transform them into biofuels such as ethanol and are also being used to study the use of biomethane.