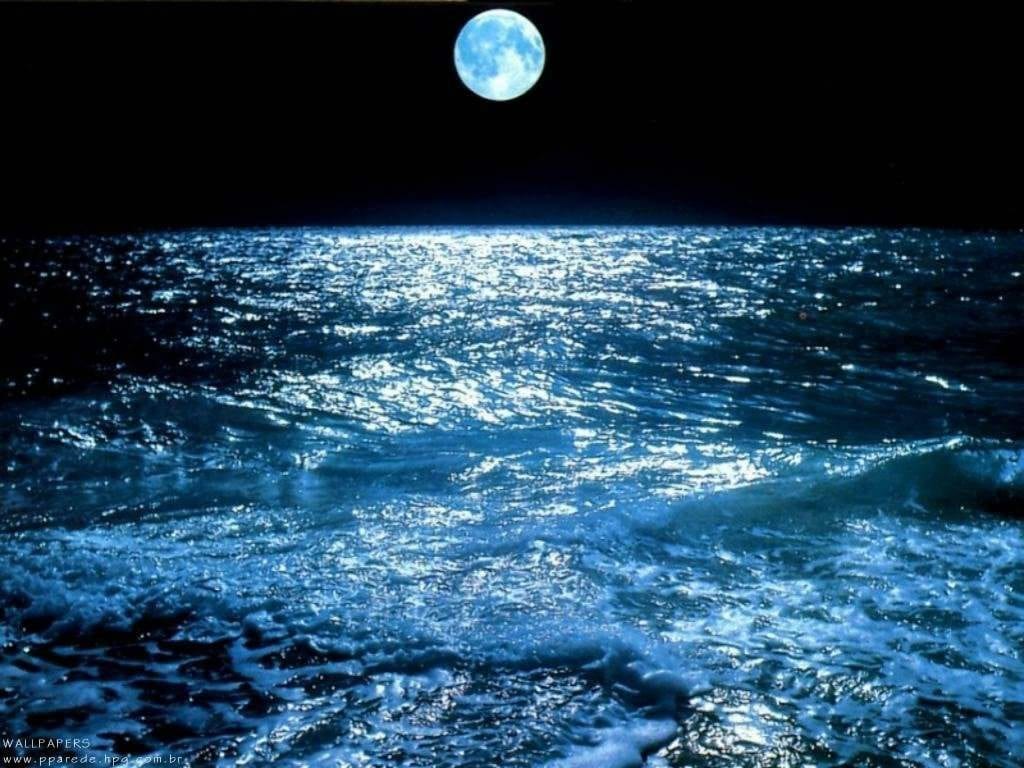 With this term we can say that the movement of the waters, produced by the attraction of the Moon twice a day, it is possible to use it as an energy source.

This movement consists of a rise in sea level, which in some areas can be considerable.

The Moon is losing energy, very slowly, and is generating tidal forces, which in turn causes it to be located at a greater and greater difference from the earth.

The average dissipation of energy in the form of tidal forces is about 3,1012 watts, or about 100.000 times less than the average sunlight received on earth.

The tide produced by the Moon in the oceans is less than one meter high, but in those places where the configuration of the terrain amplifies the effect of the tide, a change of much greater level can occur.

This occurs in a small number of shallow areas, located on the continental shelf and it is these areas that can be used by man to obtain energy through tidal energy.

Use of tidal energy

Contrary to what one might think of tidal energy, it has been used since long ago, in ancient Egypt it was used and in Europe it began to be used in the XNUMXth century.

In 1580, 4 reversible hydraulic wheels were installed under the arches of London Bridge to pump water., which continued in operation until 1824, and until the Second World War, a multitude of mills were operating in Europe, which used the force of the tides.

However, since 1945 there has been little interest in small-scale tidal power.

Use of tidal energy

The use of tidal energy in principle is simple and is very similar to that of hydroelectric power.

Although there are various procedures, the simplest consists of a dam, with gates and hydraulic turbines, located closing an estuary  (mouth, in the sea, of a wide and deep river, and exchanges with this salt water and fresh water, due to the tides. The mouth of the estuary is formed by a single wide arm in the shape of a widened funnel), where the tides have a certain height importance.

To analyze the work of the system can be seen in the following two images. 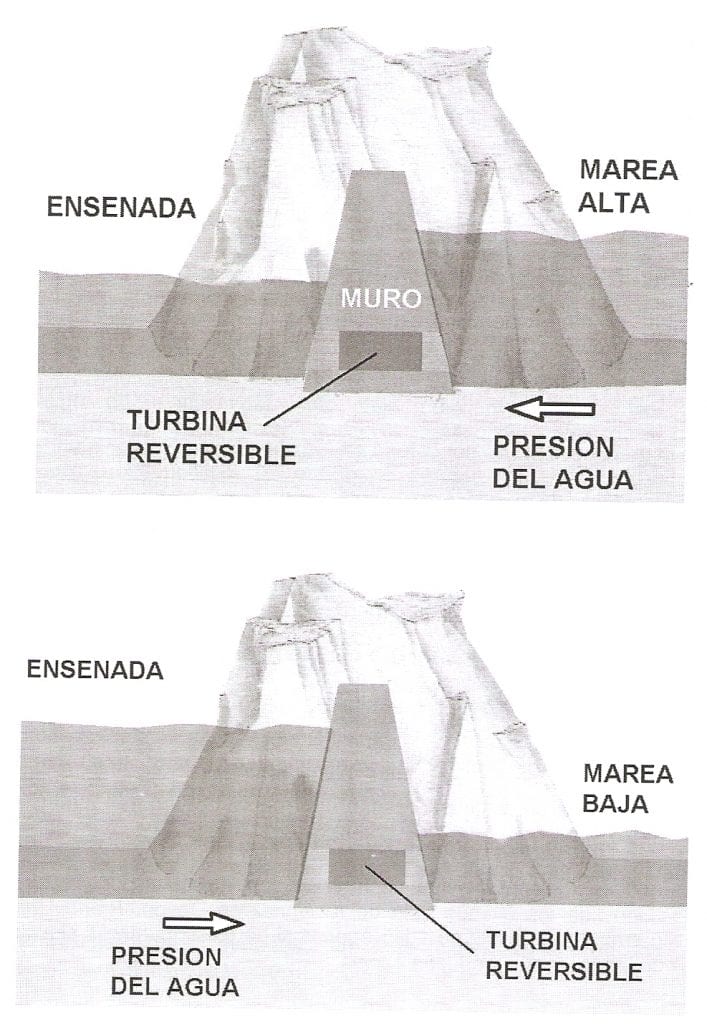 The operation is very simple and consists of:

The entire process of entering the water into the estuary as well as the exit, the turbines drive generators that produce electrical energy.

The turbines used must therefore be reversible so that they work correctly both when water enters the estuary or inlet as well as when leaving.

Distribution of the tides in the world

As I have previously commented the tides are amplified by the configuration of the seabed in some specific areas, where it would be possible to use the tides as a source of energy, which is ultimately what interests us.

The most prominent places to do this are:

Worldwide, there are about 100 suitable sites for project construction large, although there are many others where smaller projects could be built.

They could even be used, for the generation of electricity, tides below 3 meters, although its profitability would be much lower.

However, the installation of a tidal power station (to be effective) is only possible in places with a difference of at least 5 meters between high and low tides.

There are few points on the globe where this phenomenon occurs. These are the main ones:

In total, it could be installed for the production of electricity, in the main sites of the world about 13.000 MW, figure equivalent to 1% of the world's hydroelectric potential.

In Spain the study of this energy is carried out especially by the Institute of Hydraulics of the University of Cantabria, which has a fairly large test tank for research and experimentation of what is known as Cantabrian Coastal and Ocean Basin (marine engineering).

The aforementioned tank is about 44 meters wide and 30 meters long, thus being able to simulate waves of up to 20 meters and winds of 150 km / h.

On the other hand, we are not left behind, since in 2011 the first tidal plant located in Motrico (Guipuzkoa). 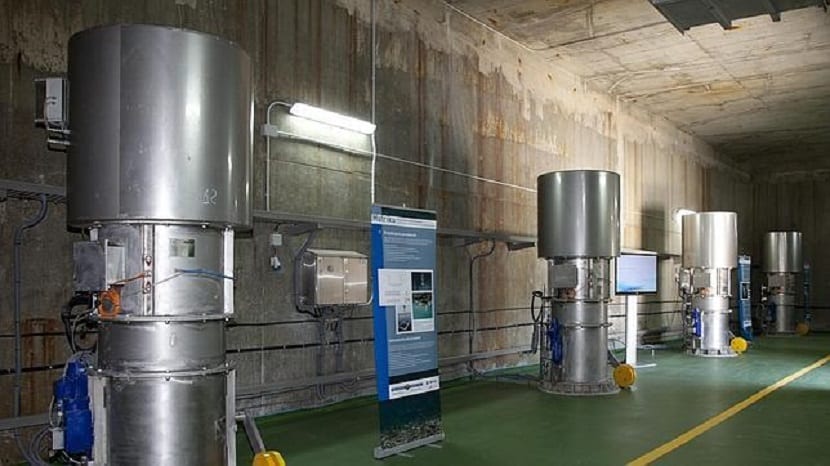 The control unit has 16 turbines capable of producing 600.000 kWh per year, that is to say, what 600 people consume on average.

In addition, thanks to this central hundreds of tons of CO2 will not go into the atmosphere each year, it is estimated that it has the same purifying effect that could cause a forest of about 80 hectares.

This project had a total investment of about 6,7 million euros of which about 2,3 were for the plant and the remainder for the work on the dock.

The turbines, which each generate about 18,5 KWh, are divided into groups of 4 and are located in the machine room, at the top of the jetty.

In addition, the area that shelters them is located in one of the central curved sections of the dike with an average water height of 7 meters and about 100 meters in length.

Advantages and disadvantages of tidal energy

Tidal energy has many and advantages and some of them are:

However, this type of energy presents a series of serious drawbacks:

The drawbacks of this type of energy make its use very controversial, so its implementation is probably not convenient except in very specific cases, in which it is found that its impacts are very small compared to its benefits.