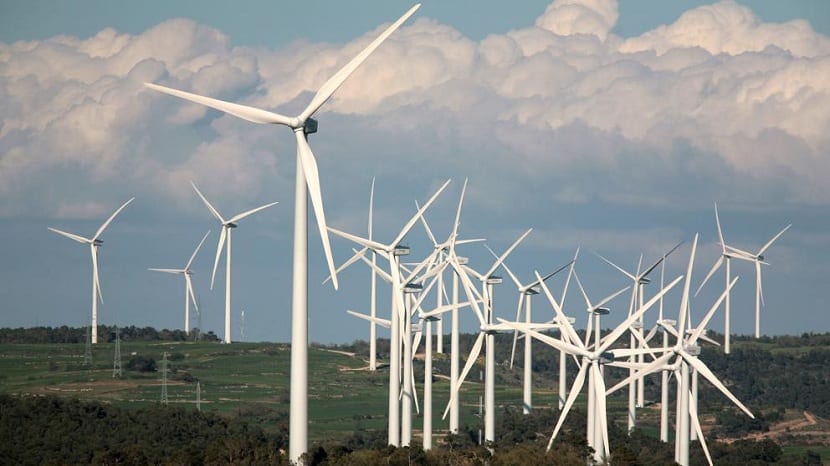 Mr. Alberto Núñez Feijóo, president of the Xunta convinced that Galicia, "probably together with Castilla y León", will once again lead the production of renewable energy in the coming years.

At the moment, with regard to the wind sector, the Xunta de Galicia's roadmap contemplates that in 2020 are operating near 4GW of power.

The goal is to reach 6.000 megawatts in the next ten years, thanks to the facilities provided by the new Business Implementation Law. According to the Xunta, it will mean a before and after for all those who want to invest in Galicia, in the field of renewables but also in other thriving sectors of our economy.

Among the novelties contemplated by this rule, the regional president stressed that it establishes a figure to differentiate those industrial projects that are considered to be special interest for the community. In this way, an attempt is made to promote administrative agility in the processing.

In fact, a total of 18 parks have already been declared projects of special interest, of which 12 have already been authorized. In the end, what we want companies to bet on Galicia, added the regional president, in addition to highlighting that The renewable energies they provide almost 90% of the electricity consumed by Galicians, while representing 4,3% of the territory's GDP.

Another novelty introduced by the Business Law was the creation last October of the Galician wind registry, where a request for execution of 1,126 megawatts has already been recorded.

Mr. Feijoo took advantage of his visit to put the Malpica wind farm as an example of a project that involves a "triple commitment": environmental, municipal - since it allows creating jobs in the county councils - and, finally, confirms the Government's commitment for renewables, being the second park to be repowered in the area.

Boost to other renewable energies

Not only is wind power important, the Xunta also tries to promote other renewable energies. In fact, in Galicia there is a fairly high rainfall regime and, therefore, solar energy is not very efficient, he presented a strategy to improve biomass energy. The result of the balance is that By the end of 2017, the installation of more than 4.000 biomass boilers in homes will have been supported.

With a budget line of 3,3 million euros, the Xunta de Galicia wants to promote the installation of biomass boilers to boost the production of renewable energy and reduce greenhouse gas emissions in more than 200 public administrations, non-profit organizations and Galician companies.

It is estimated that the savings benefits that all those who benefit from this Strategy will have could reach 3,2 million euros in the annual energy bill, apart from 8 million liters of diesel. This will contribute to a reduction of 24000 tons of CO2 to the atmosphere.

Iberdrola completed last year the expansion of the largest hydroelectric complex in Galicia, after the commissioning of the new San Pedro II plant, inaugurated by the president of the electricity company, Ignacio Galán, and the president of the Xunta de Galicia, in the Sil Basin, in Nogueira de Ramuín (Ourense).

The commissioning of this facility involves the expansion of the Santo Estevo-San Pedro hydroelectric complex, carried out since 2008 and in which close to 200 million and almost 800 people have been provided with employment.

The Galician soil is rich, it generates unique flora and landscapes, but the subsoil is also unique for the storage of wealth, in most of the missed occasions. In addition to the thermal potential, we must add the geothermal wealth.

According to several studies, Galicia could lead the new revolution in the use of geothermal energy, not only as a source of heat but also as a source of electricity generation.

Today, Galician geothermal is already a national leader. According to data from Acluxega (Association of the Xeotermia Cluster of Galicia), the community in 2017, the figure of 1100 systems of geothermal air conditioning with heat pump. This figure, miniscule if we compare it to the main countries of the European continent, but a leading figure at the Spanish level.


Regarding the power total installed thermal, it was estimated that at the end of 2016 in Galicia the figure of approximately 26 megawatts was reached.